– Step into this chaotic world in Story Mode, after you finish the main quest, explore Jianghu11 freely in the Sandbox Mode.
– Through our “JackonAI” system, your avatar will be recreated into an NPC of a later game started by you or another player. Your heroisms will be preserved in the wuxia world through the storyteller’s lores.

Recapture the greatness of the Song Dynasty and its beautiful landscape.

– 1000+ spots allow you to explore freely, including cities, facilities, natures, landmarks, fields, and monuments.
– 200+ fictional characters and historical figures that each has their own unique characteristics.
– 60+ Sects, Merchant groups, Gangs etc.
– Clashes between good and evil never end, choose your sect and join the fight, or standout as a carefree lone wolf.

In 693, a mysterious intelligence faction “Tianshuge” poured out invitations to all heroes, asking them to join the first Tianshu tournament. This tradition has been held for centuries and has become the most prestigious event in the Jianghu world.

– North and South: Heroes compete from two geographical divisions separated by the Huai River.
– Preliminaries: Sects and merchant groups send their representatives to compete for tickets to enter the Final Duel.
– The Final Duel: Fight for Supremacy and the ultimate Honor.

The Tianshu Leaderboard keeps records and collects marvelous stories.
– Expand the influence of your favorite martial art sect.
– Use a plain iron sword and make it a top-ranking weapon.
– Invest in trade routes, gain fortune to buy properties and become the richest tycoon.
– Challenge the “Dragon-Phoenix Cooking Contest” and win the title of the best chief.
– Unlock new characters, traits, and plots in Sandbox Mode.

Create your own character or play as a fictional or historical figure.

You can dive yourself into the sea of martial arts and become a legendary guru.
Or get rid of all your moralities and become a monstrous villain.
Or discover your gifts with herbs and become a warm-hearted healer.
Or drown yourself in art and poetry and live as a hedonist.

Everything you do will affect how NPCs react to you.

– Each character has their own “Personality”, “Value”, “Romantic Preference”, and “Sexual Orientation”.
– Each NPC has their “Network”. It is your choice to become their friend or foe.
– Our interaction system including stealing, poisoning, competing, flirting etc. Making a good meal can improve your relationship with others while learning other‘s martial arts without permission can result in a deadly duel.

– 1000+ Random generated AI including disciples, travelers, or literati.
– NPC will affect one another.
– NPC has their own distinctive lives and hobbies.
– NPC’s personality can affect their martial preference and combat strategies. 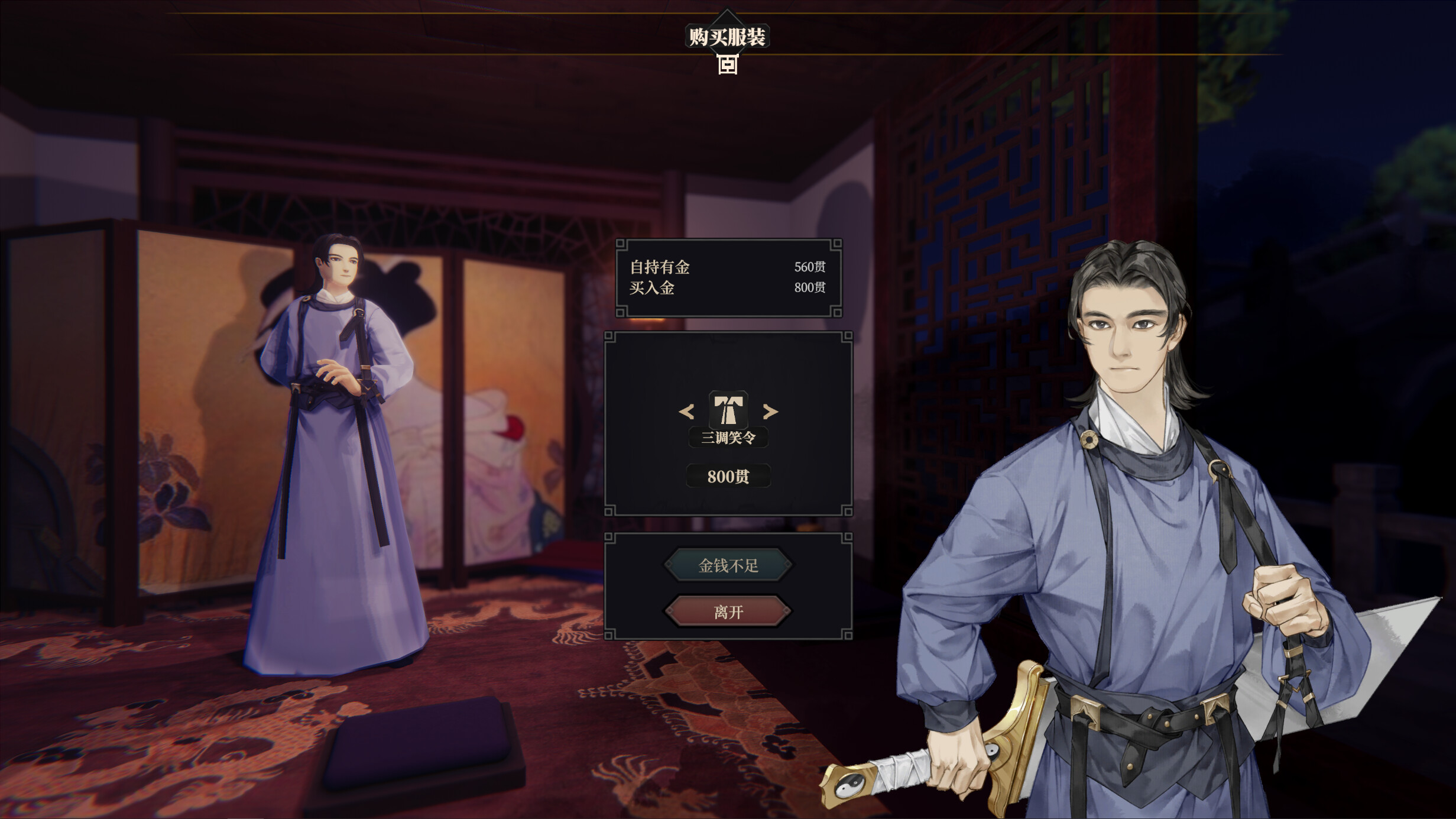 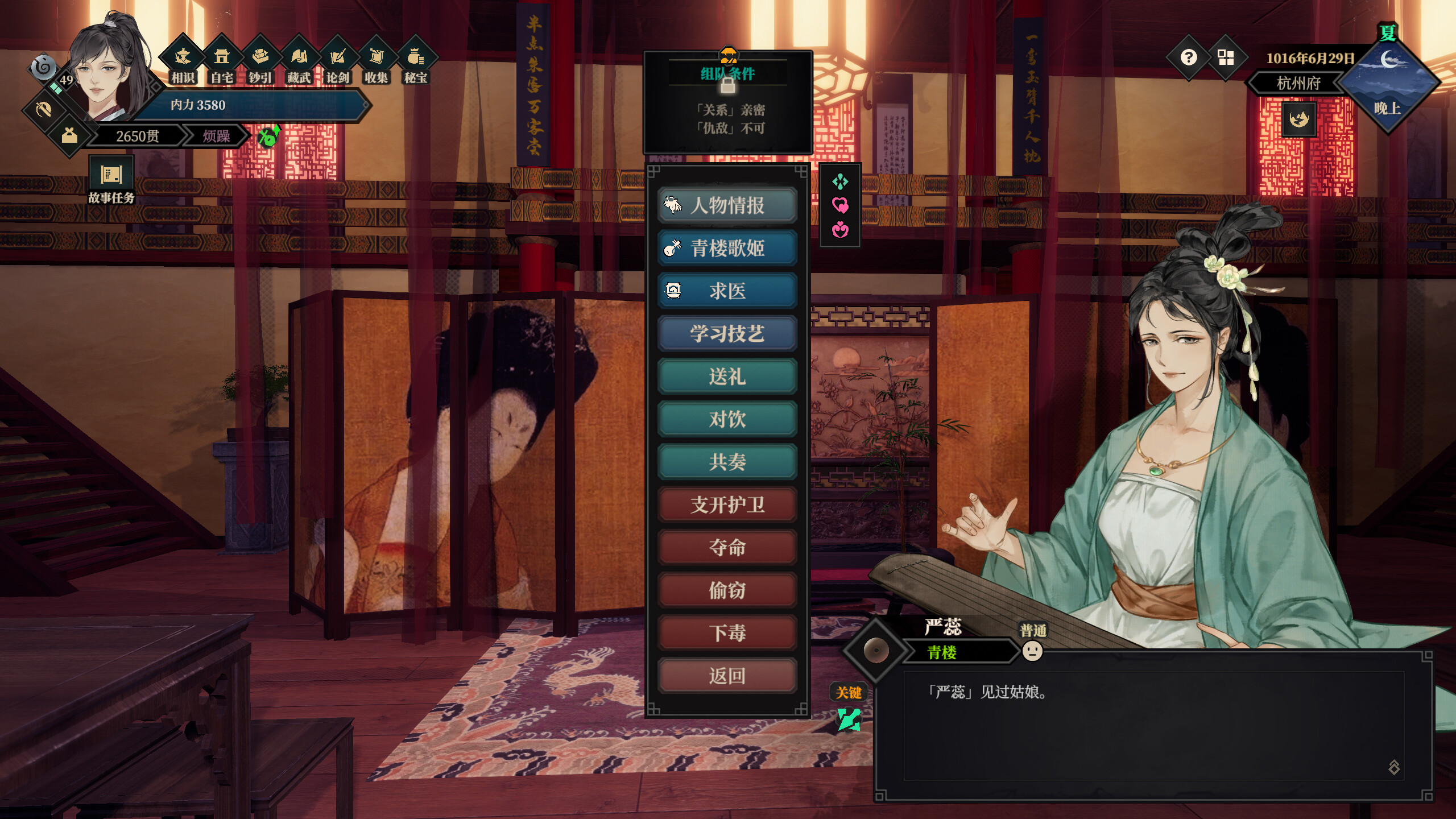 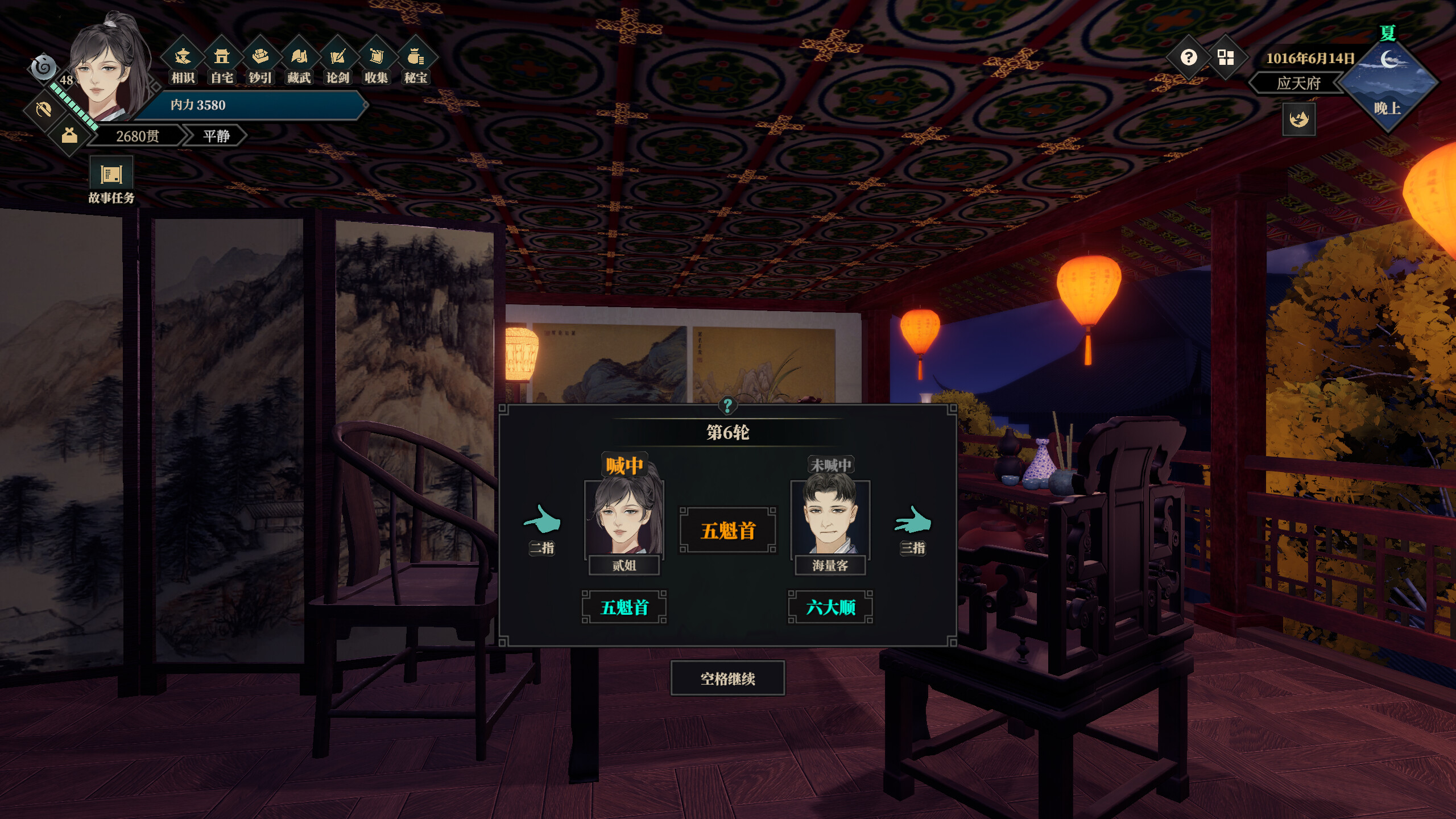 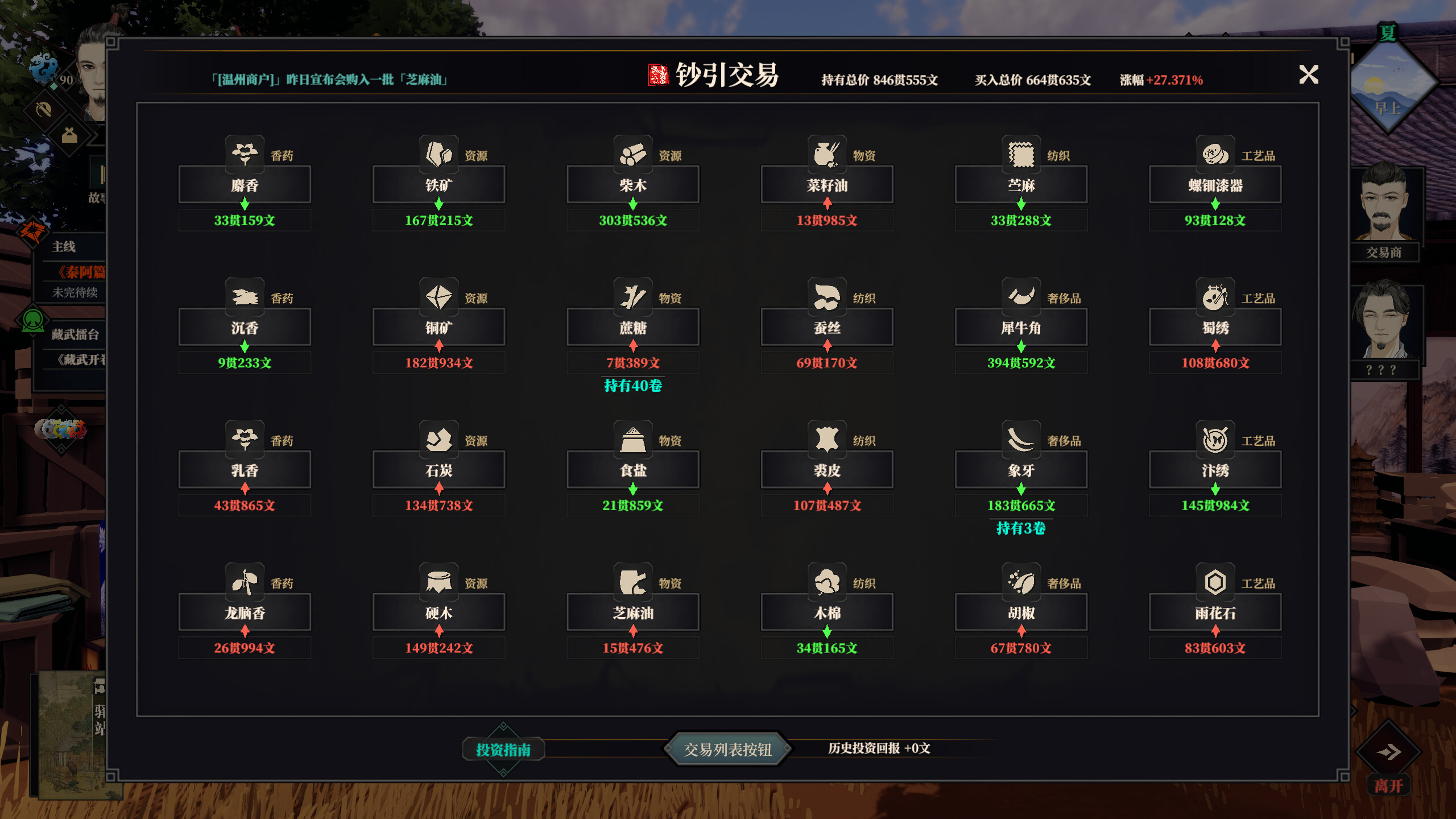 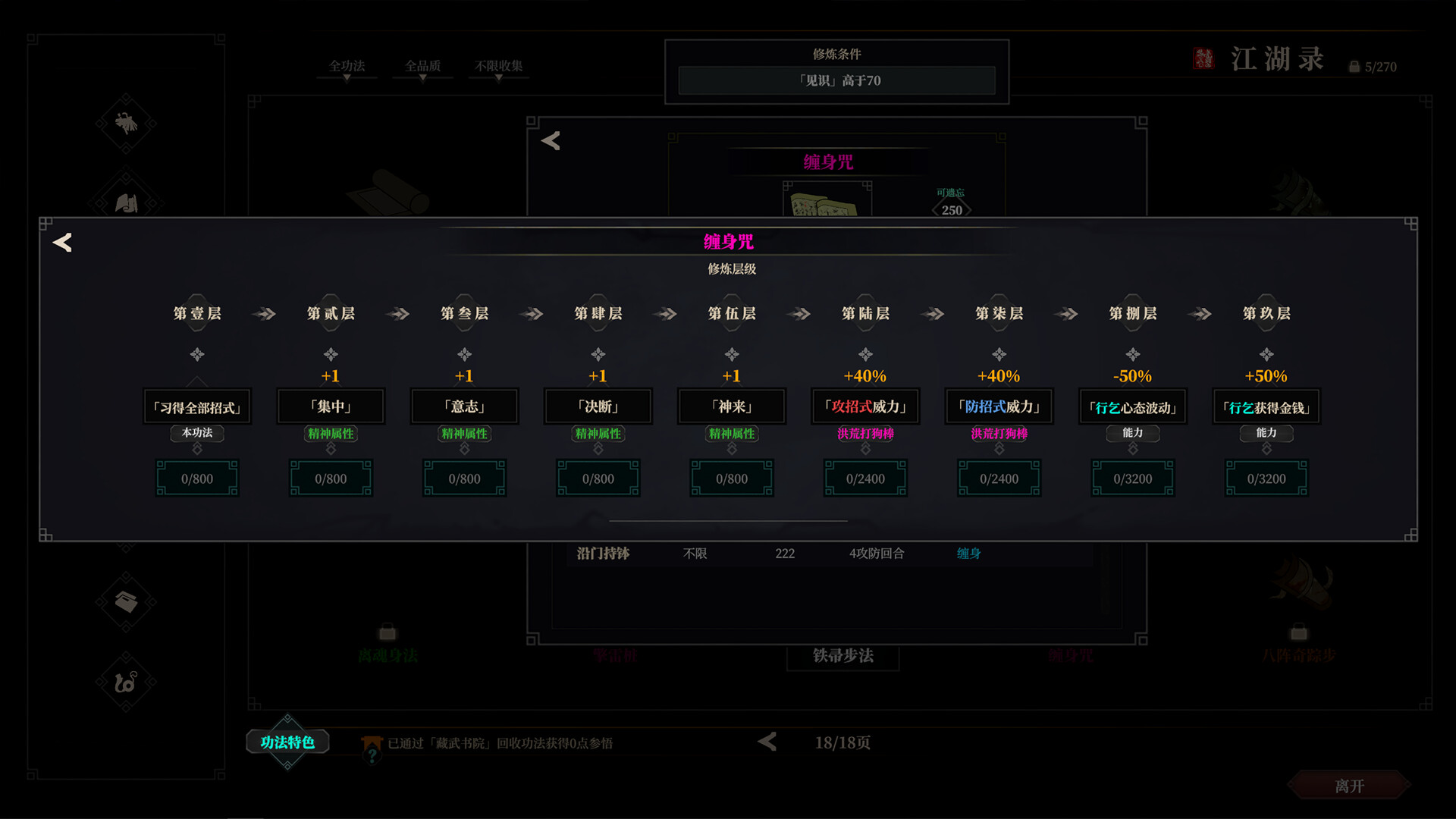