A physics-based platformer without a jump button. Walk, jump, climb and parkour by directly controlling each leg of a confused baby robot. Go from a glitching toddler to a somersaulting acrobat in the story mode, or share a multi-legged robot with your friends for extra chaos!

Robotry! is played with a gamepad. Each analog stick controls one leg of your robot. The body of the robot balances itself automatically. You can walk by taking alternating steps, or jump by pushing against the ground. Grabbing, throwing, kicking, climbing and cranking are also all built upon direct physics-based control.

Help the merry orange astronauts do cool science experiments on different planets as you chuck yourself around the cosmos! Walk, run, skip, hop and tumble through the campaign in single player or join forces with a friend or two!

Who’s the most elegant robo pilot? Robotry will have a variety of multiplayer modes open to as many as 8 players. Play together locally, or use Steam Remote Play to play online!

The first release of the game will feature full-fledged story mode playable in single player and co-op. Further features are planned for a free post-launch expansion, including: 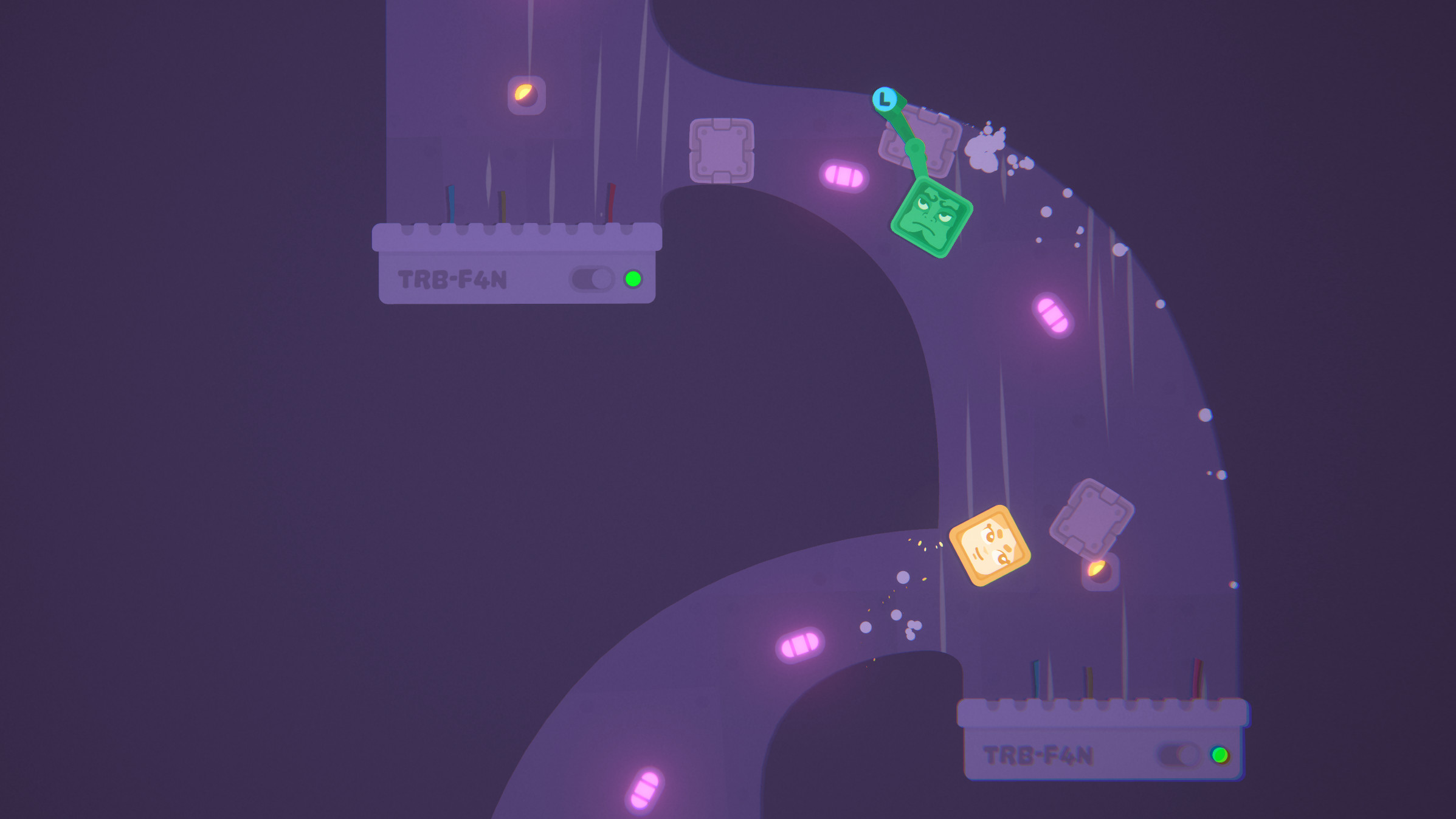 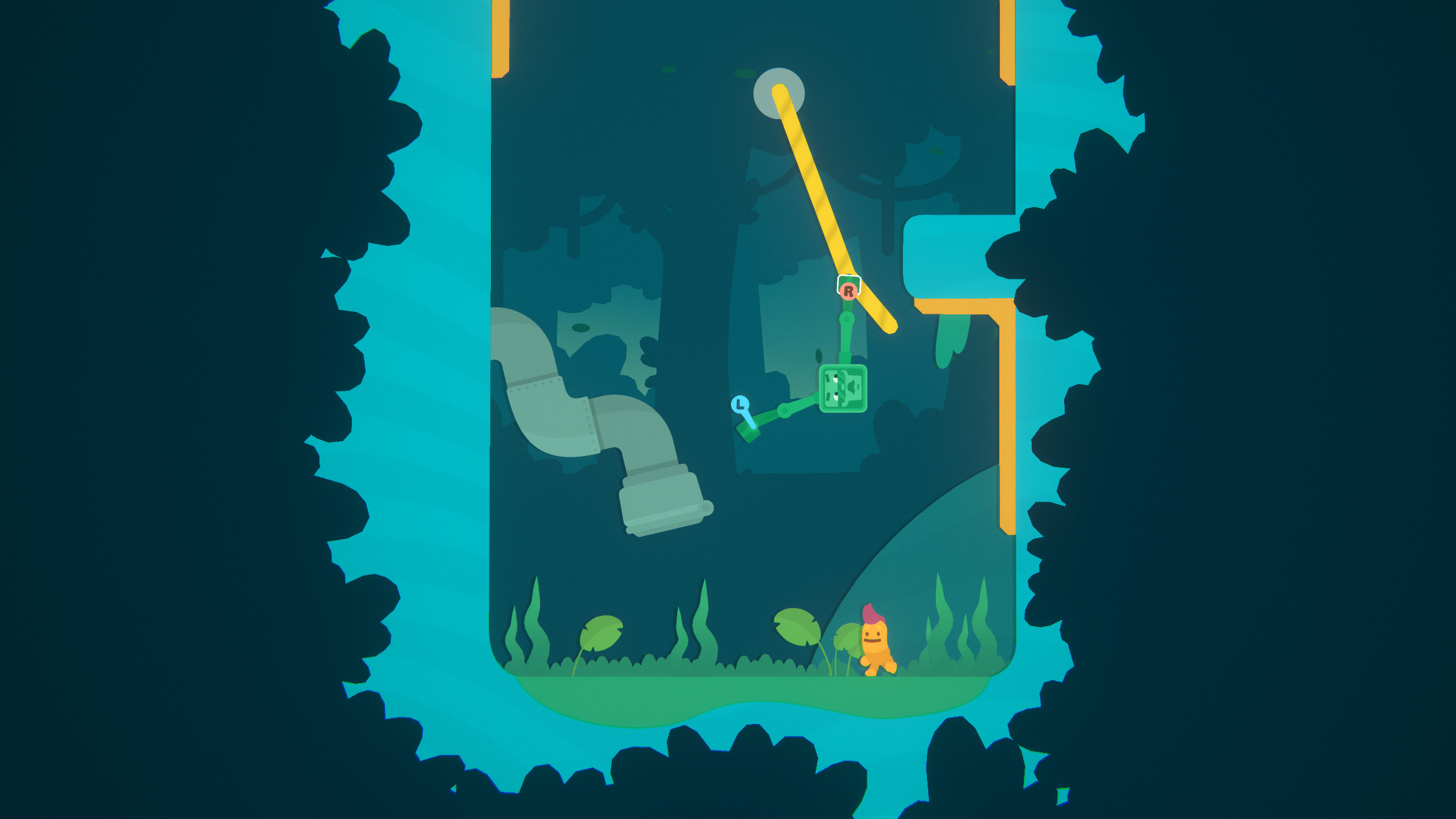 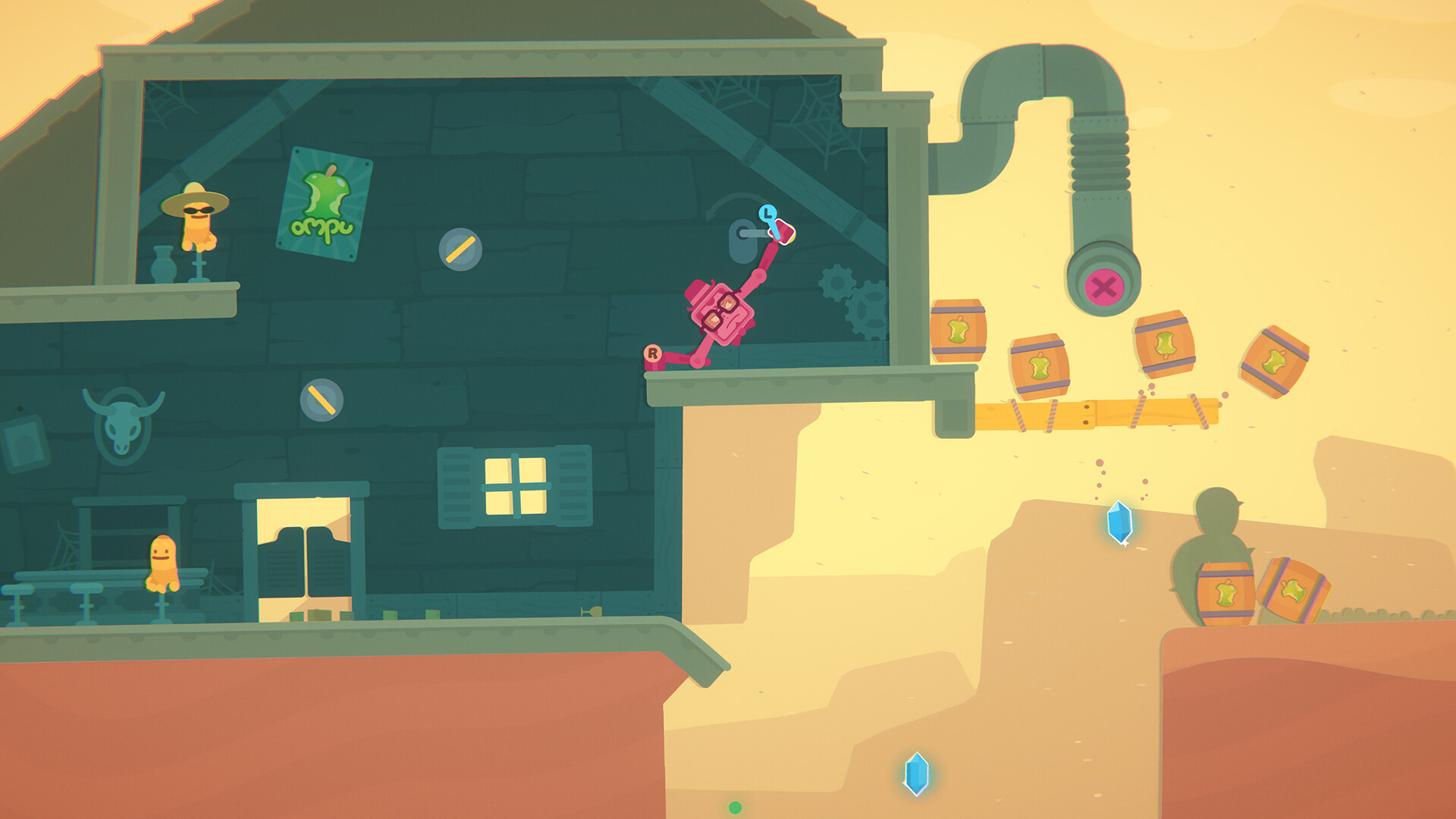 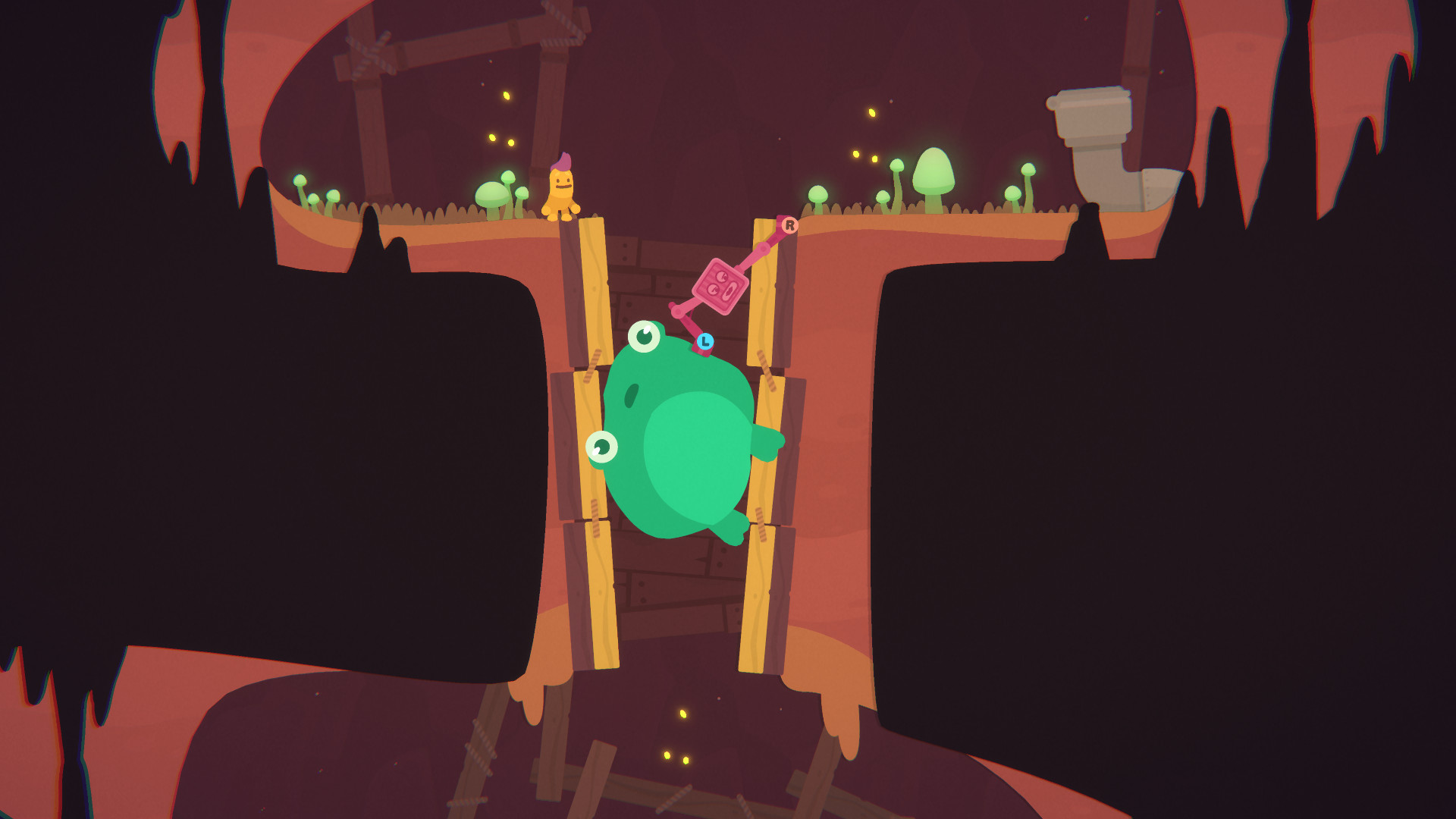 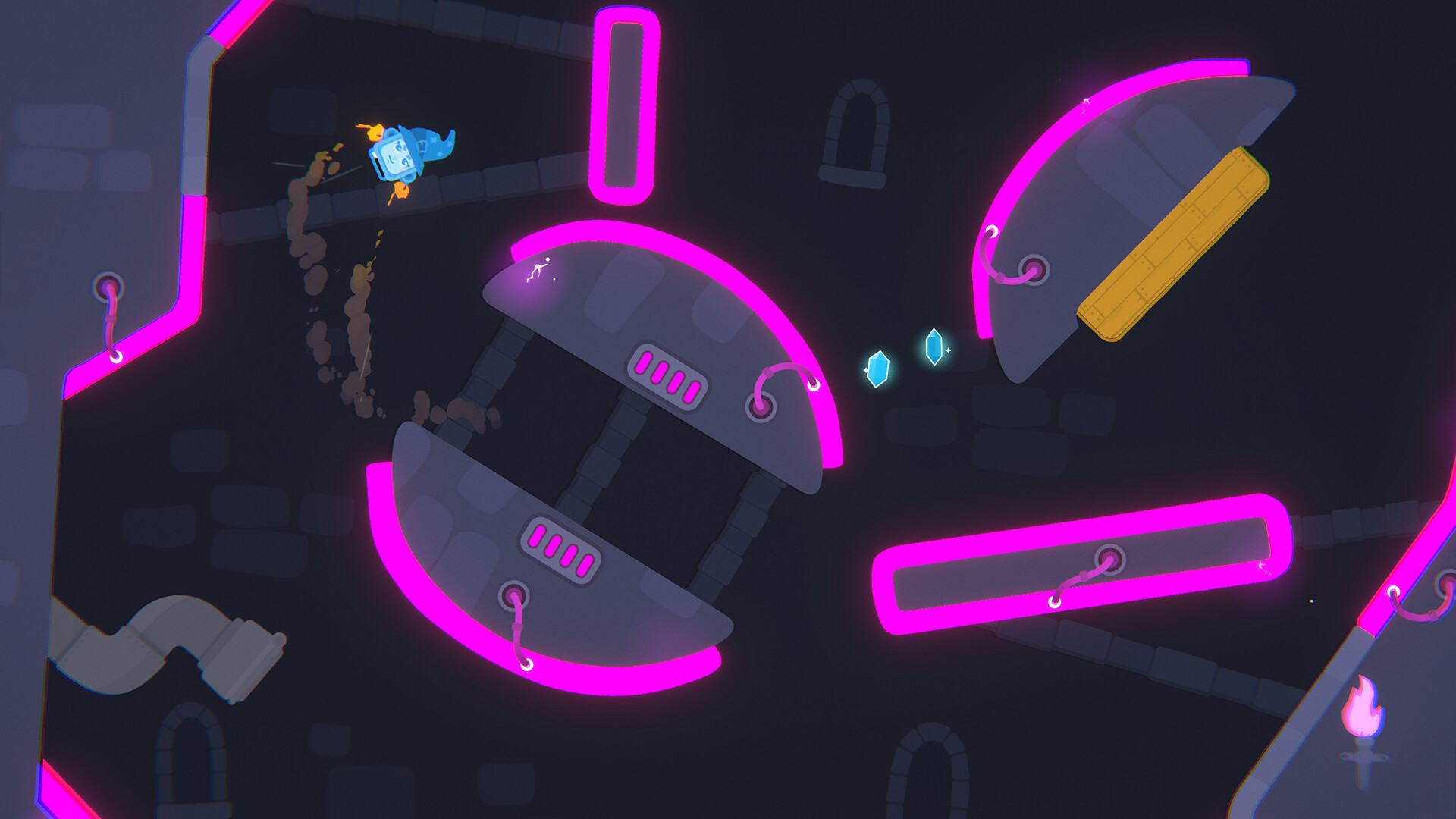