Humanity had just taken its first tentative steps in space, when the catastrophic destruction of Mother Earth plunges the galaxy into a new Dark Age. Centuries later, those few surviving colonies have stabilised into a simple feudal society, unable to comprehend or advance the technological artefacts they use to survive. Internecine fights between an aristocratic elite decide the fate of the scattered fragments of human kind.

As the leader of a faction of star systems, you must seek to ensure the survival and prosperity of your dynasty. Expand your empire, herd your unruly vassals, build political alliances, and navigate a web of agendas, political intrigue and social obligations, to emerge as the dominant power of the galaxy.

Forge Your Dynasty – One Generation at a Time

Your campaign will span through generations of your bloodline. Customise a faction leader and launch your quest for galactic domination. Even if you set out as a benevolent upstart duke, your great-grandchild may be cruel and vindictive. You’ll have to be ready to adapt to the strengths and weaknesses of your descendants.

Star in Your Own Space Opera

A feudal society is built upon strict rules and values. It will be expected of you to defend your vassals, protect your family and respect your neighbours. Act honorably and you can seduce the court of public opinion. Ingratiate yourself with others by throwing lavish feasts and solidify your alliances through marriage. Then strike ruthlessly when you can get away with it. Depose your unruly barons, threaten and force concessions from other dukes, and blackmail other characters to get what you want. Unearth the secrets of your enemies to ruin their political standing in a galaxy where reputation is everything.

Experience a Rich Galaxy of Emergent Characters and Storylines

You’ll be kept on your toes by a procedurally generated cast of hundreds of characters, each one trying to achieve their own personal goals. As events transpire, the choices you make can have a major impact not just on you; but on your heir, your house, and the fate of your empire.

Reign Among the Ruins of a Forgotten World

The remnants of humanity live inside structures which they cannot build, and travel inside machines whose workings are unfathomable. Expedition Events can grant you a piece of pre-Collapse knowledge; from the relics of a previous age of exploration, to the mysteries of the here and now. Improve your colony by repairing the pre-collapse buildings and installations you encounter to provide your people safety, food and other necessities. 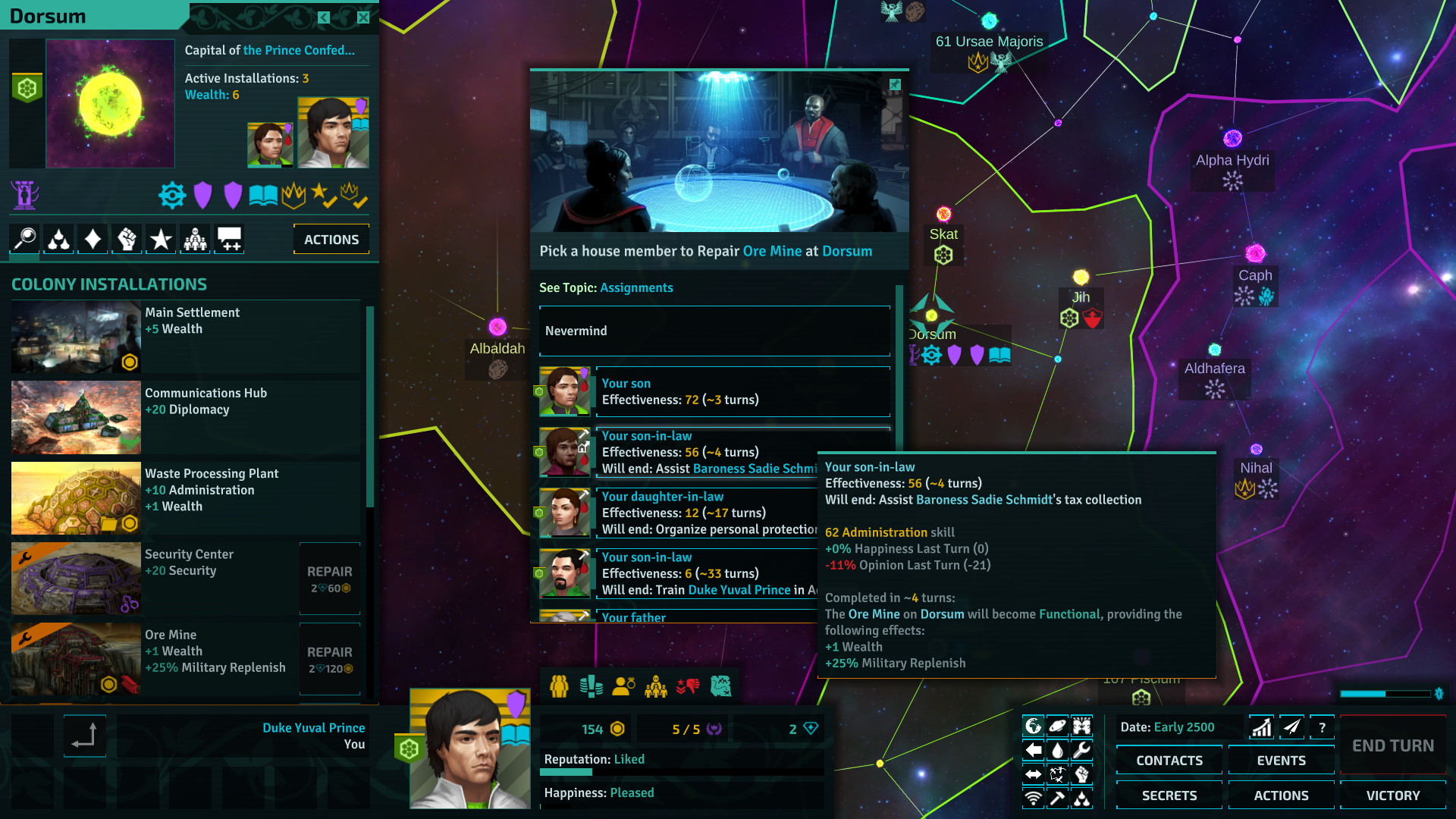 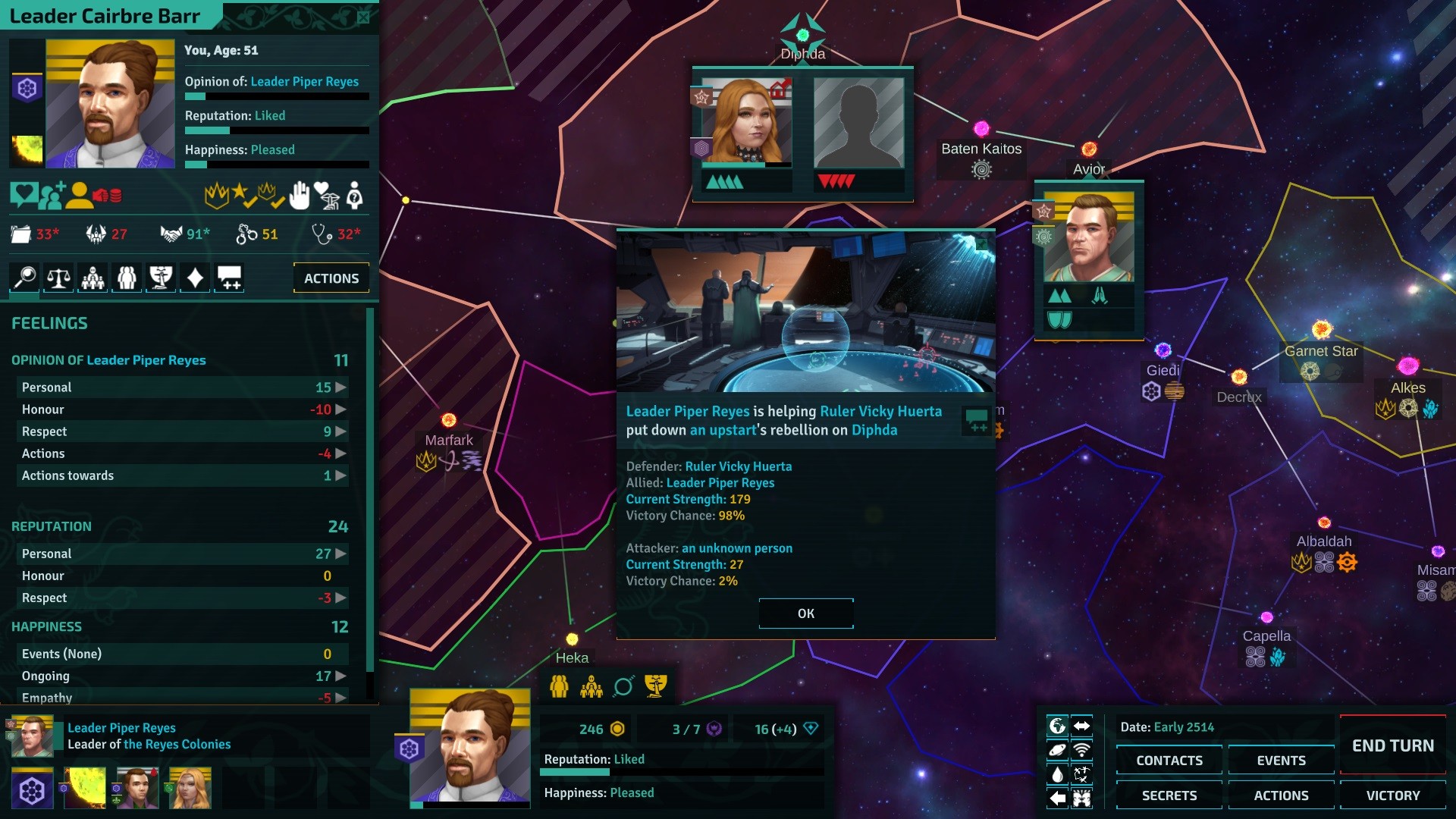 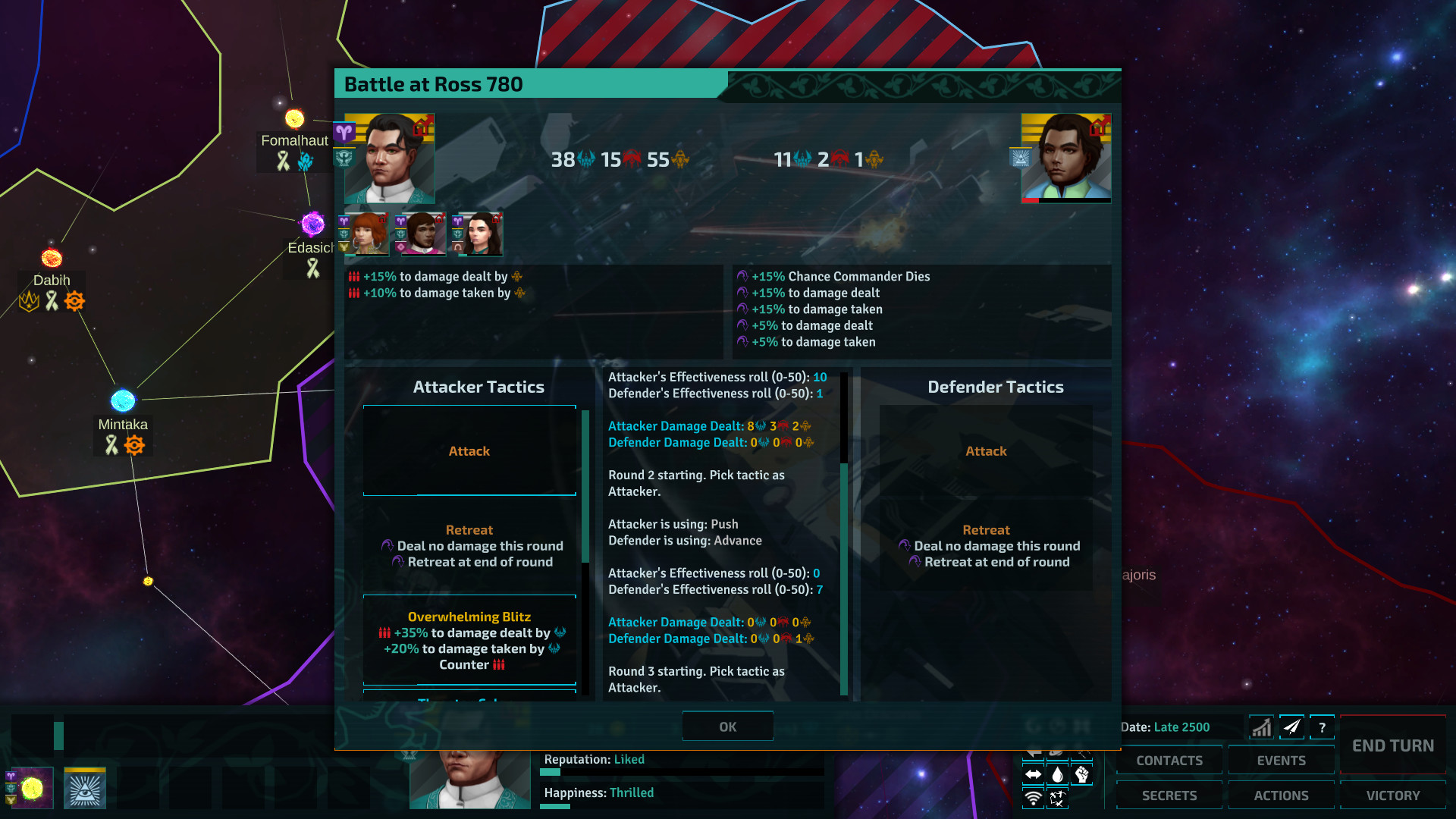 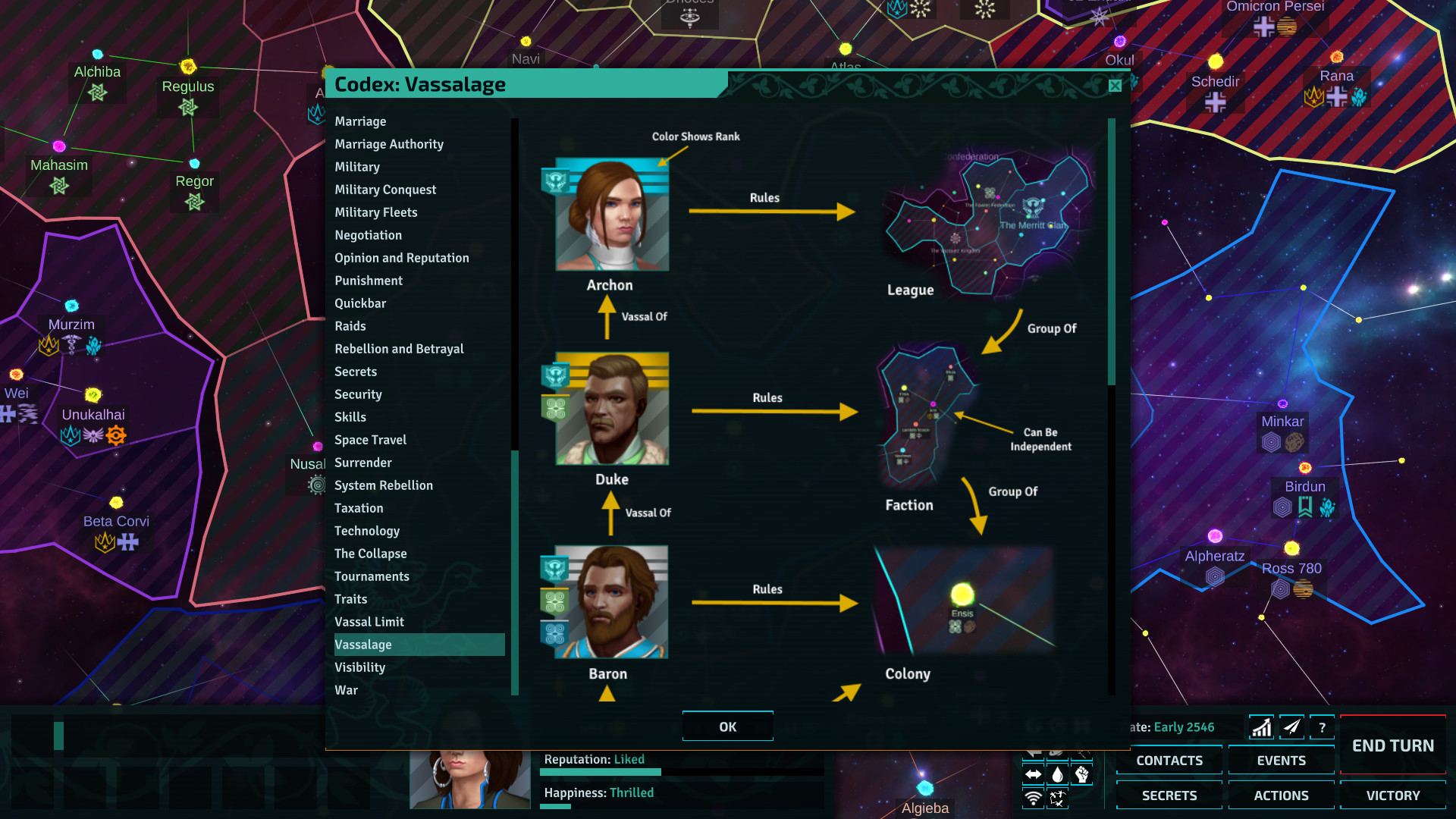 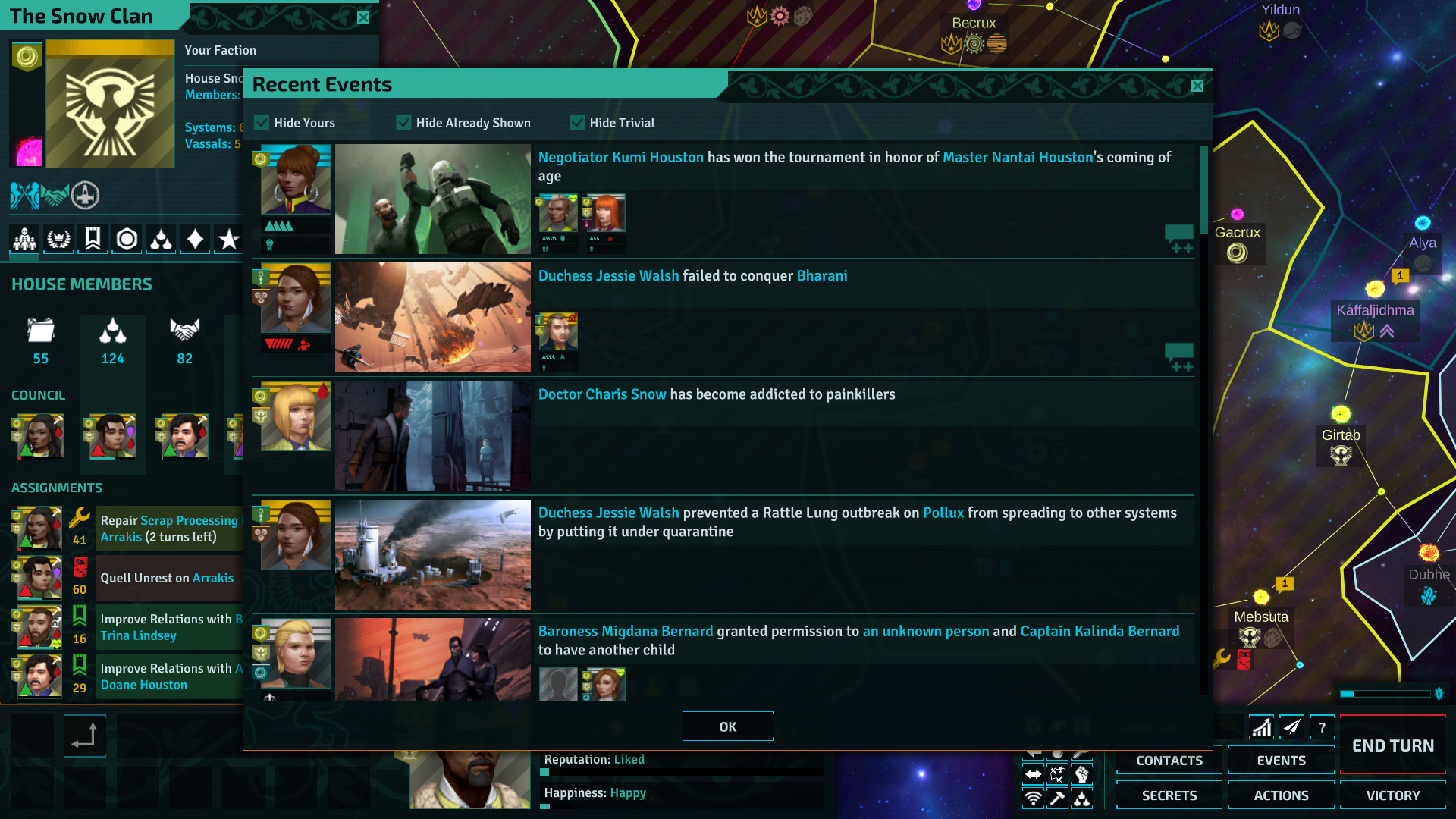 How To Install Star Dynasties